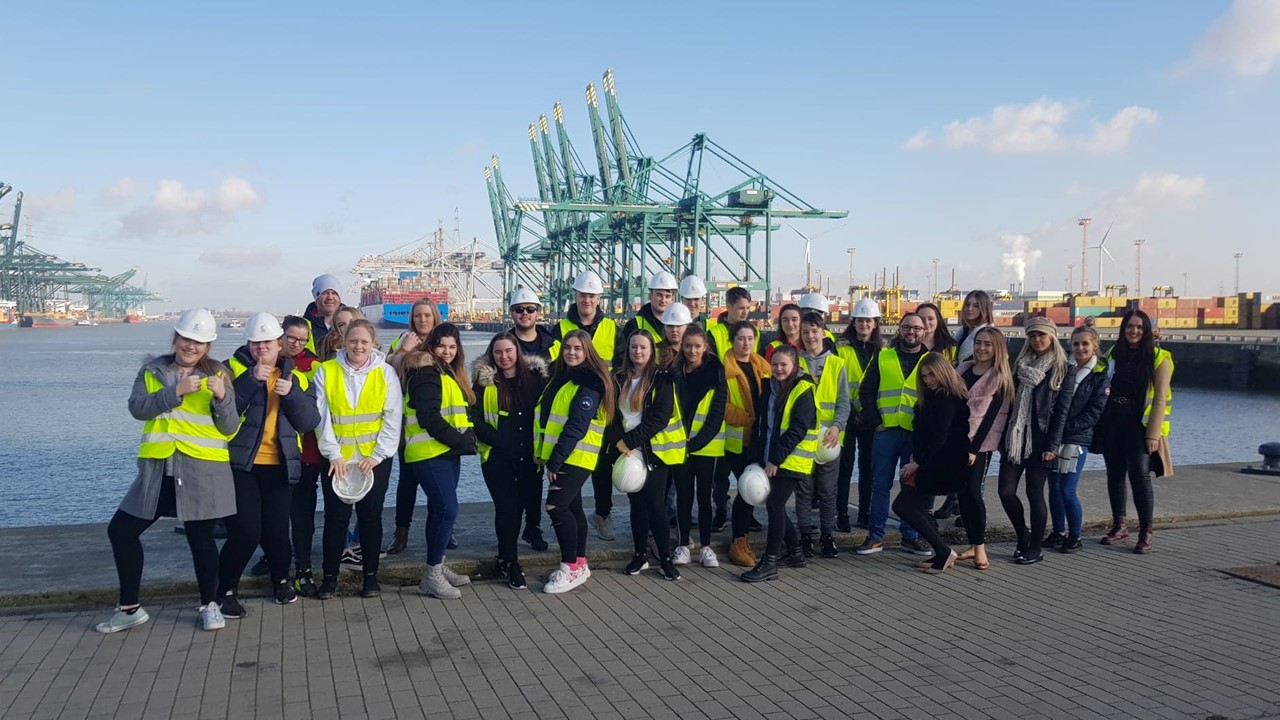 During the February half term break, twenty two pupils along with staff boarded a coach to Belgium. Although their base was in Brussels the group, who were joined by pupils and staff from Broadoak School, also visited Antwerp and Leuven. The three cities in Belgium provided our pupils with a truly amazing 5 day experience with memories made to last from culture to fashion and of course, business and politics.

The trip began on Saturday evening when the group boarded the coach and began their journey into Sunday morning, across the English Channel, and into France and Belgium. They had many stops along the way, but the first in Belgium was at a chocolate and ice cream establishment where pupils and staff all enjoyed something to eat and sat in the sun for a short while. Once the group arrived at the hotel everyone was given time to freshen up, explore the local area and enjoy games of pool or socialise with friends.  By Monday tired heads had been rested and the group were into the city of Brussels to explore where they were staying; the group walked around the city of Brussels with a tour guide exploring the famous beautiful buildings and history of the city. A short drive took the group to Concept Chocolate where they investigated the chocolate making process by making their very own chocolate (and of course tasting lots of chocolate too!) before ending the day at the European Commission where pupils took part in a discussion about Brexit!

On Tuesday pupils took to the road and travelled to the city of Antwerp; here they visited two attractions: firstly the Port of Antwerp which has the largest cargo port in Europe where they saw how imports where dealt with, the process of exporting to other countries and how products travel from source to shelf! The group then finished the day with a visit to the Coca-Cola factory where they learnt about Coca-Cola’s sustainability and how bottles are recycled, they had a tour around the Coca-Cola plant which helped pupils understand all about the distribution processes and how technology has changed the process of creating and distributing the products. It was a great experience for all, to be able to see theory in practice was priceless … the free drinks at the end of the event were also a bonus!

On Wednesday the group got to visit the Stella Artois Factory to not only understand the brewing process but the history of such a famous company and how their promotional strategies made them what they are today. In the afternoon the pupils had lunch at Pizza Hut for a well-deserved treat and then spent the rest of the afternoon exploring and shopping in the town. Later that evening staff and pupils competed against each other in a game of bowling – what a competitive bunch. Bowling was a great way to end the trip and was very much enjoyed by all (including the staff!)

We cannot credit the pupils enough; they were great role models for themselves, their families and the school. Since returning we have received an email from the coach company, which gives us a great sense of pride, as the coach drivers have credited the conduct and manner of our young people and have reported they’d happily be the drivers for our school again! Thank you to parents for supporting this trip and allowing this trip to take place – you play a vital role in your child’s education.

Keep a close eye out for the next trip….. What makes us want to run a trip again? When we have such brilliant pupils, who were such good role models and who end the trip with :

“Sir, do we have to go home? It’s been really good, but it’s gone too quick!”