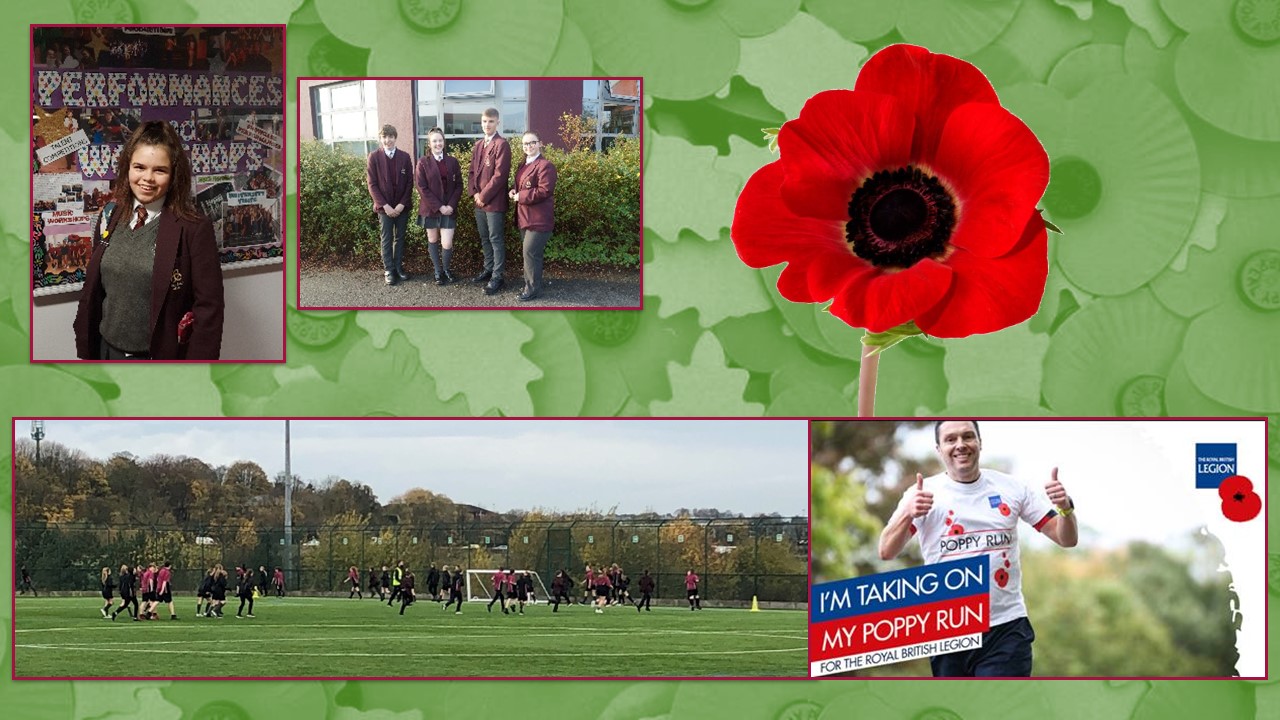 We came together as a school on Remembrance Day to pay our respects to all of those who have died in war. Armistice Day began with an assembly from our Head of History followed by a school broadcast which included the Last Post and performances by our pupils coordinated by our Head of Performance. Thank you to our Heads of Department and a special thank you to pupils Aidan, Megan, Jodie, Kyle and Laura for their beautiful performances. I was very proud of how our pupils paid their respects and I was impressed with their maturity. – Mr Haseldine

On Wednesday 11th November our Act of Remembrance played over the speakers around the school. There were various elements performed by pupils to mark the silence.

In Flanders Fields by Aidan and Megan

The Act of Remembrance by Jodie

The Last Post and Reveille were sounded on the trumpet

The Kohima Epitaph by Kyle

Thank you to the Head of History, Head of Performance and the pupils for organising the event and performing the various elements.

This week in PE as part of our Remembrance events pupils have been completing a Poppy Run. The Poppy Run is a Royal British Legion national event taking place between 1st-30th November 2020.

DTW pupils were asked to complete as many laps as they could, either by walking or running, to collect a poppy each time they finished a lap. Well done to all groups who took part in the Poppy Run this week.