Year 10 visit The University of Oxford 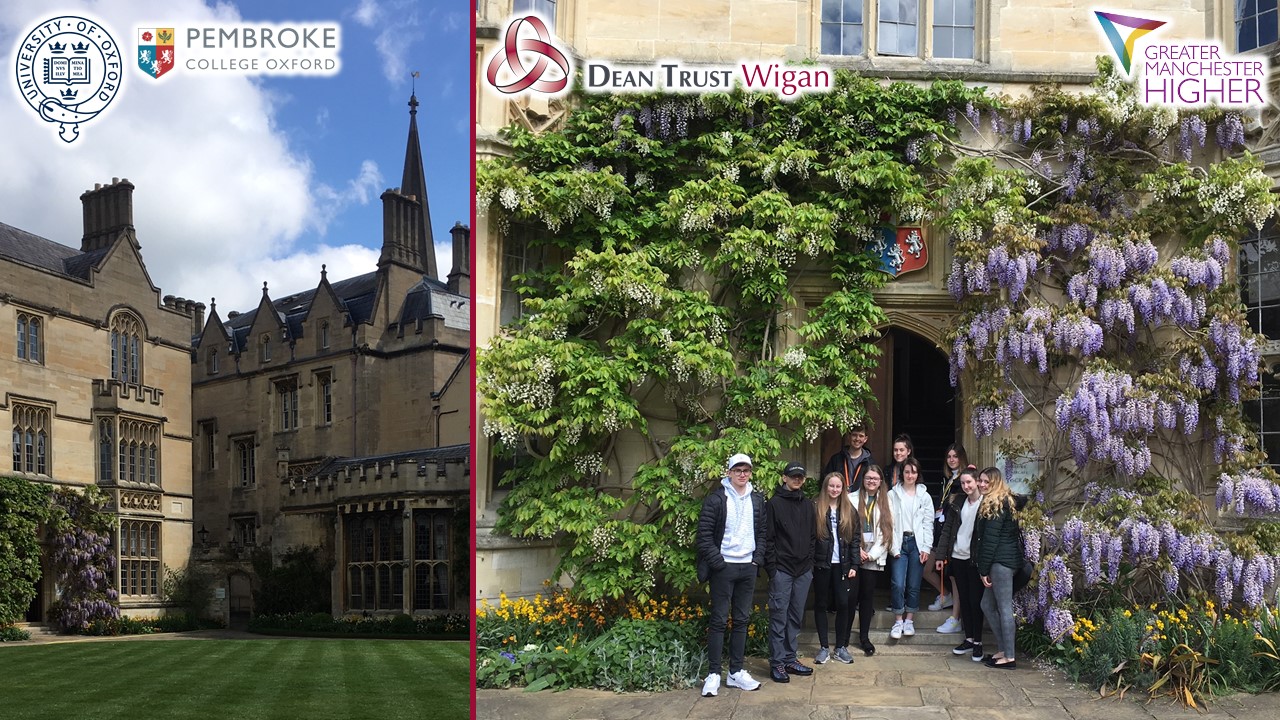 On Monday 29th April 2019, 10 year 10 pupils were provided with a fantastic opportunity to visit the University of Oxford! The University of Oxford is made up of 35 smaller colleges and we were given the chance to be part of Pembroke College for the day. The trip was planned with GM Higher, and along with 4 other schools from across the Wigan Borough we left Wigan at 6.45am.

After the long journey down to Oxford we arrived at approximately 10.30am, where we were thankful to learn that we could stretch our legs on a tour of Pembroke College. As we walked around the 4 different quads the pupils were stunned by the beauty of the buildings and the history that surrounded them. Whilst on our tour we also got to see the 2 Oxford libraries that are linked together by an underground passage! After our walking tour the pupils were given an ‘Oxford Explained’ talk. This is where the pupils were informed of the entry requirements for Oxford and what funding is available to them to help finance their Higher Education. The talk also went through the extracurricular clubs and societies that are available to every pupil such as the Oxford Blue Sports Club and the Tea Drinking Society!

The pupils also experienced 2 lectures; the first was on Volcanology and the second was on Classics. The lectures gave the pupils a taste of what it would be like to study these courses at Oxford and an opportunity to learn something new. After the final lecture it was time to get on the coach for the journey home. Throughout the entire day the pupils representing DTW on this trip were truly outstanding and a credit to our school. On a final note I would like to thank the parents and carers of the pupils who attended the trip for being punctual when dropping off and collecting the pupils, this enabled the day to run seamlessly.